Dash [DASH] saw a massive price pump over the past few days, surging past IOTA [MIOTA] to take the 14th spot on the global coin market. The coin was buoyed by the London-based Equicex, which added Digital Cash to its exchange platform and debit card service.

After languishing at $708.56 million, the market cap hiked by almost $100 million to reach $803.78 million in the aforementioned time period. At press time, IOTA trailed DASH by just $5 million. However, given the latter’s surge, the gap was expected to increase.

The exchange with the maximum DASH trading volume was the South Korean crypto-exchange, Bithumb, accounting for 75 percent of the global trade via the trading pair DASH/KRW. Other prominent exchanges were ZBG and ZB.com. 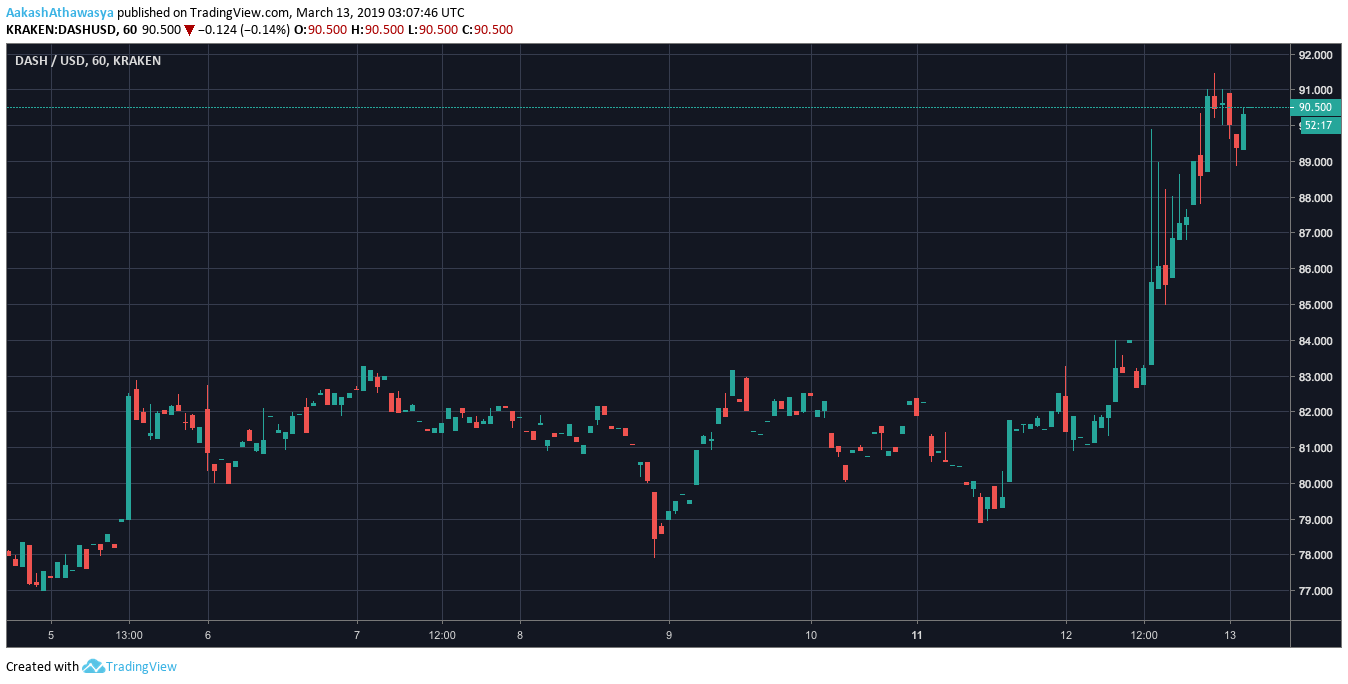 David Miller, the CIO of Equicex, stated that the currencies on offer included the US Dollar [USD], Euro [EUR] and the British Pound [GBP], but the exchange “will add more currencies depending on our user’s countries.”

Through Dash’s implementation on the debit card platform, the cryptocurrency will see a lot more retail use. Over 4,800 merchants have already integrated Dash, many in countries with declining native currencies, like Venezuela and Colombia.