Following its recent overtake of Bitcoin SV [BSV], the now eleventh largest coin in the market, Cardano [ADA], has once again been visited by the bulls. Cardano shot up by over 6 percent to become the highest gainer in the top-15 while the major coins are caught in sideways movement.

The price surge comes after the Cardano Foundation was included as one of the founding members of the International Association for Trusted Blockchain Application (INATBA), as confirmed via a press release from the Foundation. The INATBA aims to further the progress of blockchain technology and cryptocurrency adoption within Europe.

INATBA is a body of SMEs, policy-makers, regulators and civil-standard setting organizations. Cardano will be able to build dialogue with authorities with reference to the regulation surrounding blockchain and decentralized currency and push adoption.

Charles Hoskinson, the founder of the Cardano Foundation, further buoyed the ADA community by a March 14 tweet depicting the first Ledger hardware wallet with a Cardano logo. The wallet follows the early-February news of the ADA ecosystem integrating the Ledger wallet. 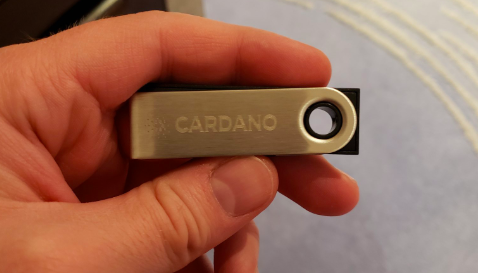 “We are thrilled to announce that we will be integrating Ledger hardware wallet in our Cardano ecosystem. This means users will be able to hold their Ada offline, through the convenient and highly secure means of cold storage.”

Cardano has seen its valuation increase by over $200 million in the past week. On March 9, the coin’s market cap stood at $1.102 billion and surged by 16.87 percent to reach $1.28 billion. Currently, the market cap has slightly slipped to $1.27 billion.

Graduate of Finance and Economics, interested in the intersection of the world of decentralized currency and global governance.