Bitcoin SV [BSV] experienced an improvement in its price valuation as the token went up by 1.31% percent against the US dollar recently. The market capitalization was $1.77 billion and the 24-hour trade volume garnered was $103 million. The token was priced at $66.66 at press time.

BitForex exchange reported the highest trade for the coin, with the exchange contributing around 9.11% of the entire trade volume. It was closely matched by the IDCM exchange, which was responsible for 8.62% of the total trade. 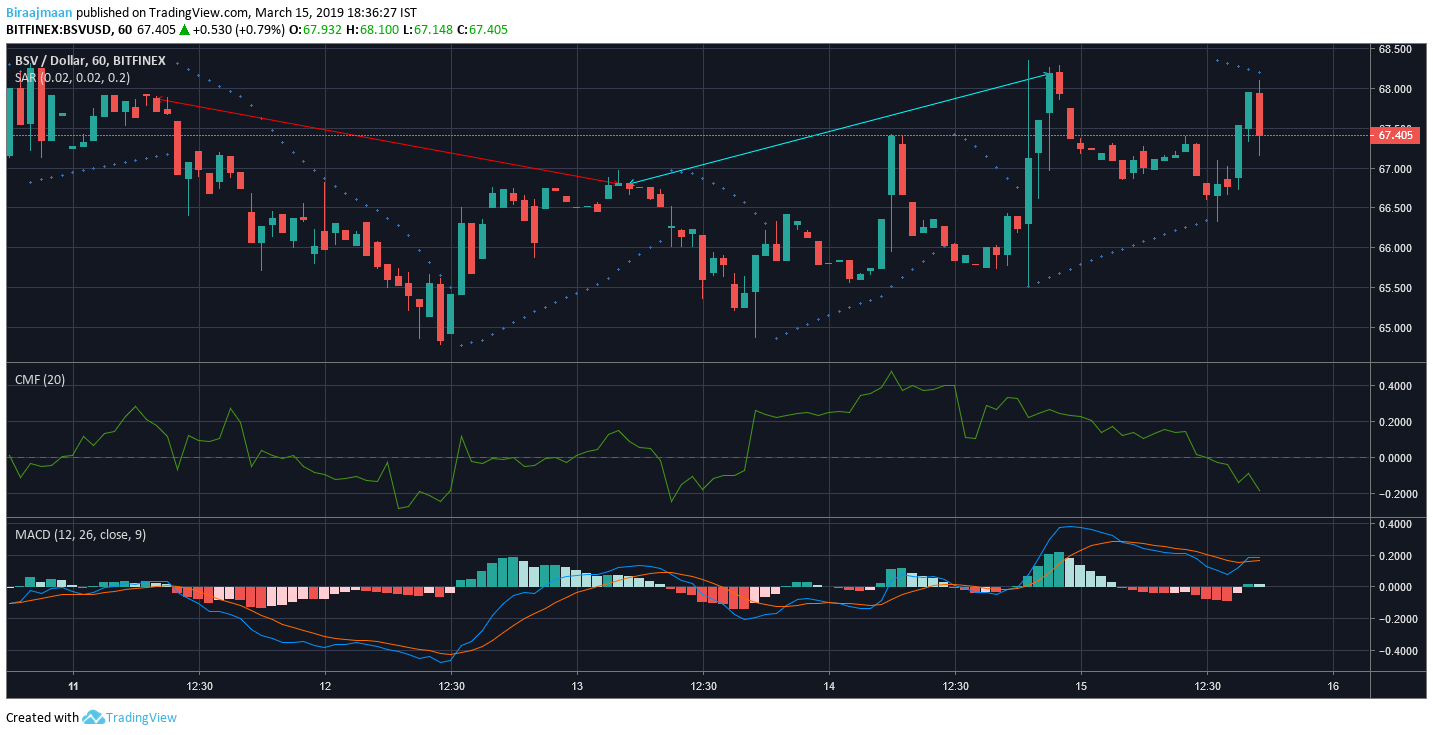 The short-term chart indicated a price recovery for the token as the coin witnessed an uptrend from $66.687 to $68.241. The resistance line for the token stabilized at $68.251.

The Parabolic SAR indicator marked a bearish trend as the lines flattened above the candlesticks.

The Chaikin Money Flow or CMF pointed towards an absence in cash in-flow as the line remained below the zero-line.

The MACD line indicated a bullish trend as the blue line hovered over the red line. 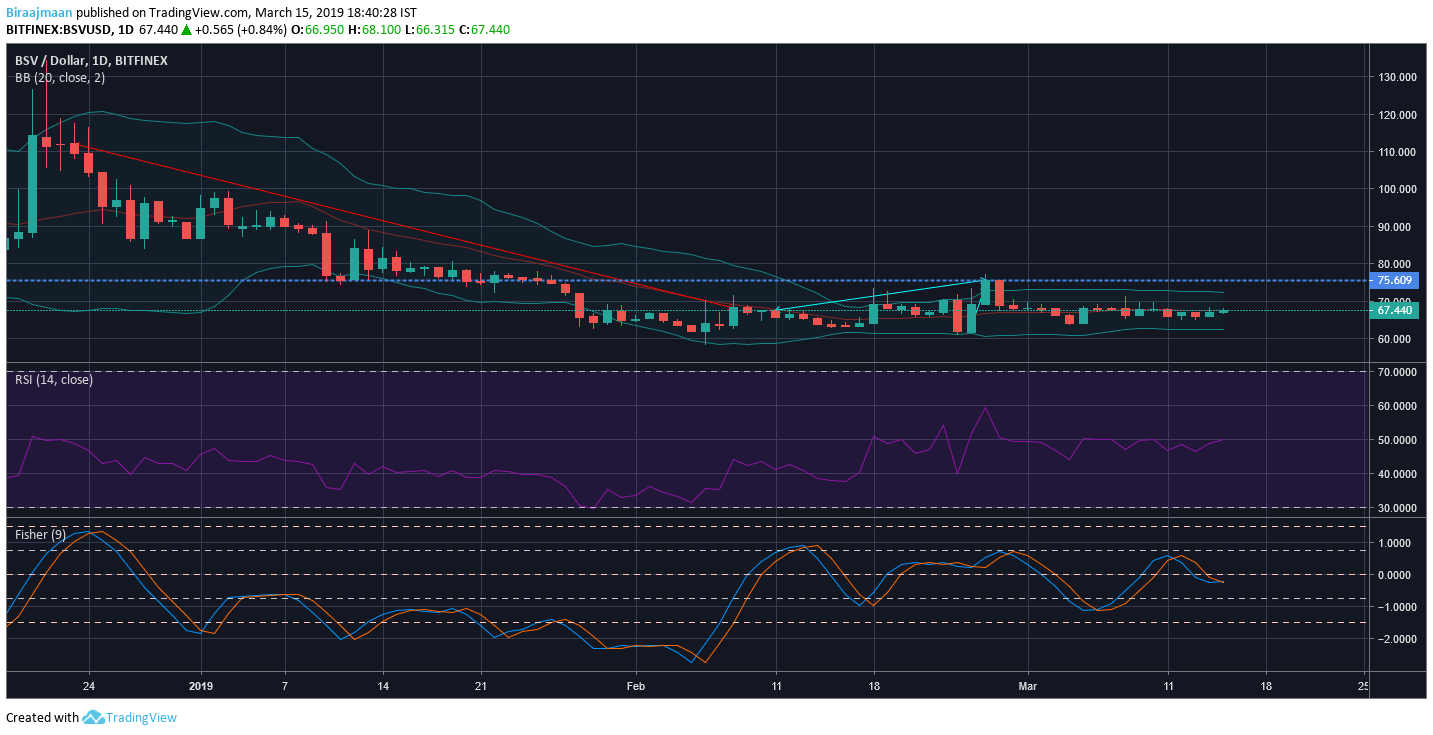 On the long-term chart, it can be observed that the coin underwent a downtrend which plummeted the coin’s valuation from $111.9 to $68.453. The token, however, experienced an uptrend from $67.6 to $75.76. The resistance remained steady at $75.06 following the devaluation.

The Relative Strength Index or RSI pointed towards a neutral trend as the buying and selling pressures evened out each other.

The Fisher Transform indicated a change in trend following a bullish crossover.

Conclusion:
Overall, the short-term and long-term indicators hinted at a change in trend and gave the bulls an upper hand in terms of market power.