The market cap of the collective cryptocurrency market was stable at $135 billion, riding high from an early-week low of $131 billion.

At press time, the coin had gained marginally against the US dollar by 1.29 percent, and was trading at $133.10. The price of Bitcoin Cash [BCH] had petered out after spiking to $135.71, following which the price began to peter out.  Bitcoin Cash posted a market cap of $2.36 billion, with a surging Binance Coin [BNB] behind by just $220 million.

LBank dominates the BCH market, accounting for 13.05 percent of the global BCH volume via the trading pair BCH/BTC. Other exchanges which posted high Bitcoin Cash trading volumes were P2PB2B, HitBTC, and BiteBTC. 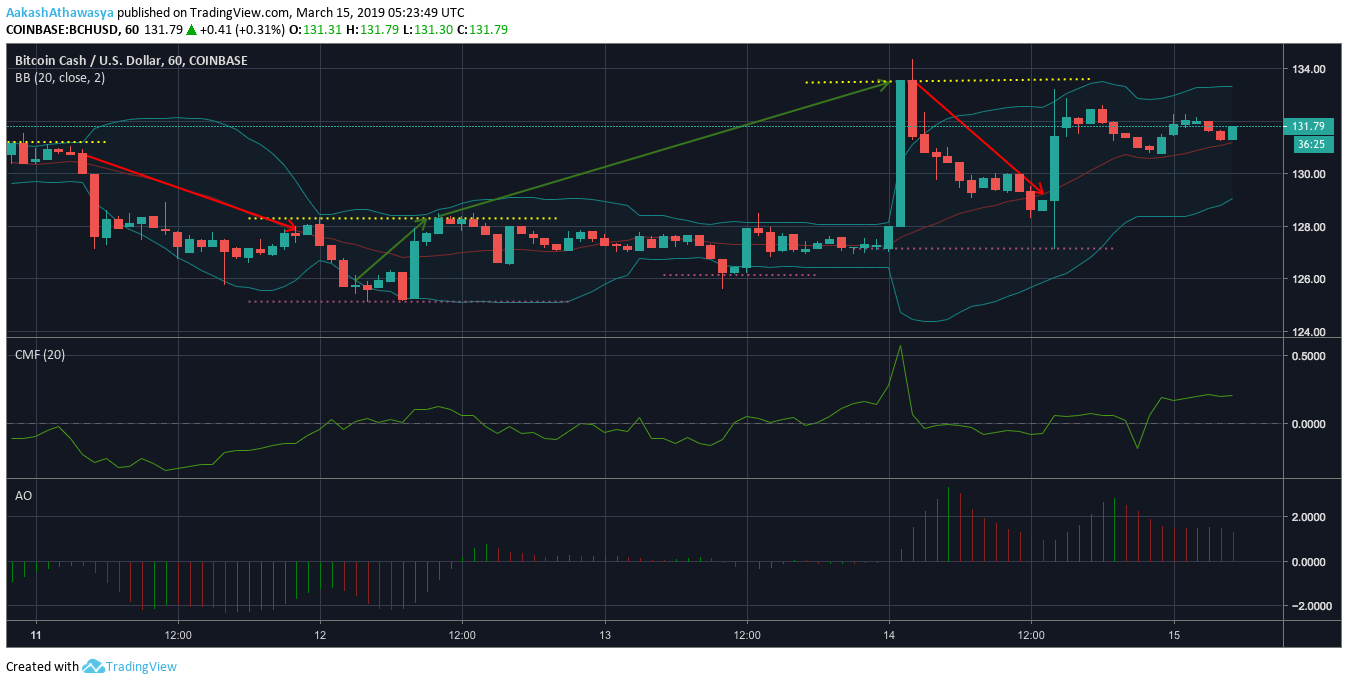 Bitcoin Cash showed an immediate resistance level of 133.46, which the coin touched earlier this week. The immediate support level of the coin stood at $127.15.

The Bollinger Bands showed a massive increase in volatility as the coin’s price shot up, before dropping down within a two-day window. The Moving Average line showed a bullish market.

The Chaikin Money Flow tool pointed to an increase in the money inflow into BCH tokens, as the CMF line was above 0.

The Awesome Oscillator indicated a rise in short term momentum. However, since the concluding bars were red, a bearish phase for the coin was expected. 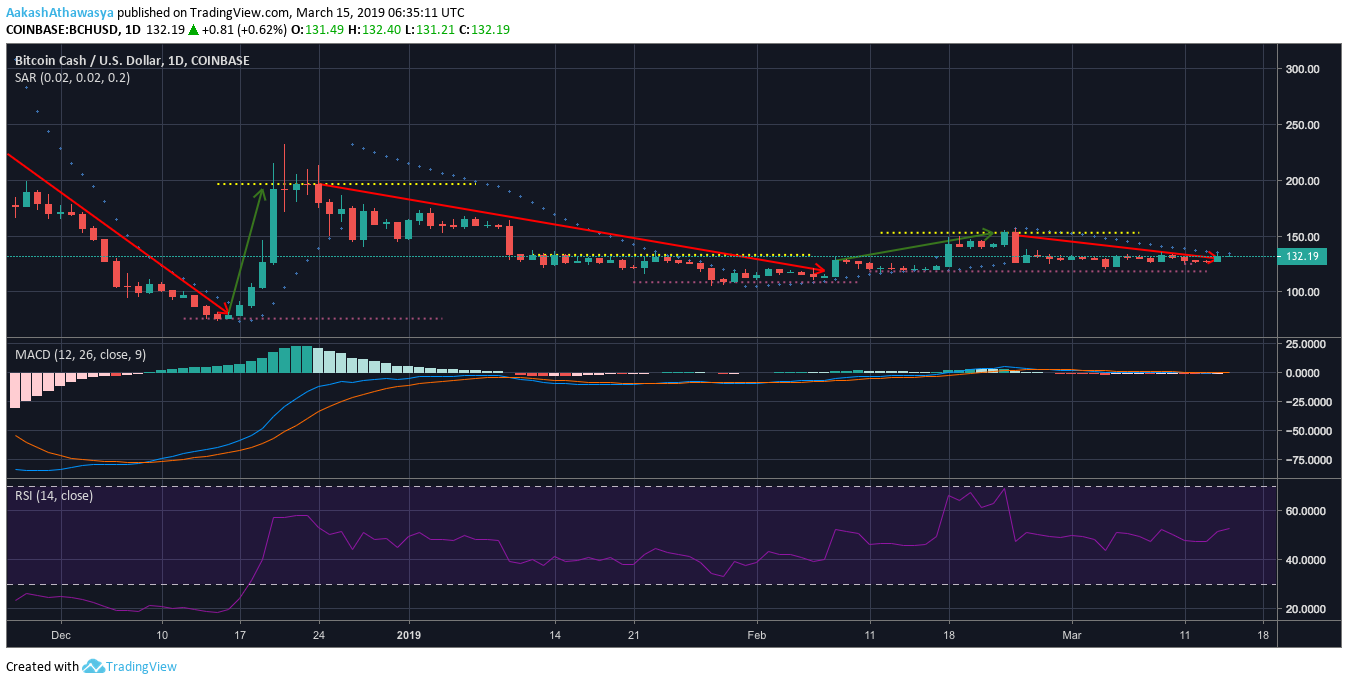 The coin’s immediate support stood at $118.42, while the immediate resistance for the coin was found at $153.

The MACD showed a mildly bearish market as the Signal Line was just above the MACD line.

The Relative Strength Index pointed to a drop in the coin’s investor interest as the RSI had dropped from 69.21 to 52.81, since February.

Bitcoin Cash was buoyed by mid-week bulls and managed to sustain its high, with the coin pushing above the $130 mark. In the short-term, the coin was trading on a high as the CMF line pointed to an increase in money inflow and short term momentum looked to rise. In the long-term however, the coin was struggling to get free from the bears’ grasp.