Bitcoin Cash [BCH] looked to consolidate its price valuation as the token gained momentum against the US dollar by 2.59%. The token was priced at $131.59, with a market cap of around $2.3 billion. The coin recorded a trading volume of $270 million over the past 24 hours.

The token was traded the most on P2PB2B exchange with the BCH/BTC trading pair, which contributed $22 million of the total trade, equivalent to about 7.83% of the 24-hour trading volume. It was closely matched by HitBTC exchange, which recorded 6.78% of the total trade. 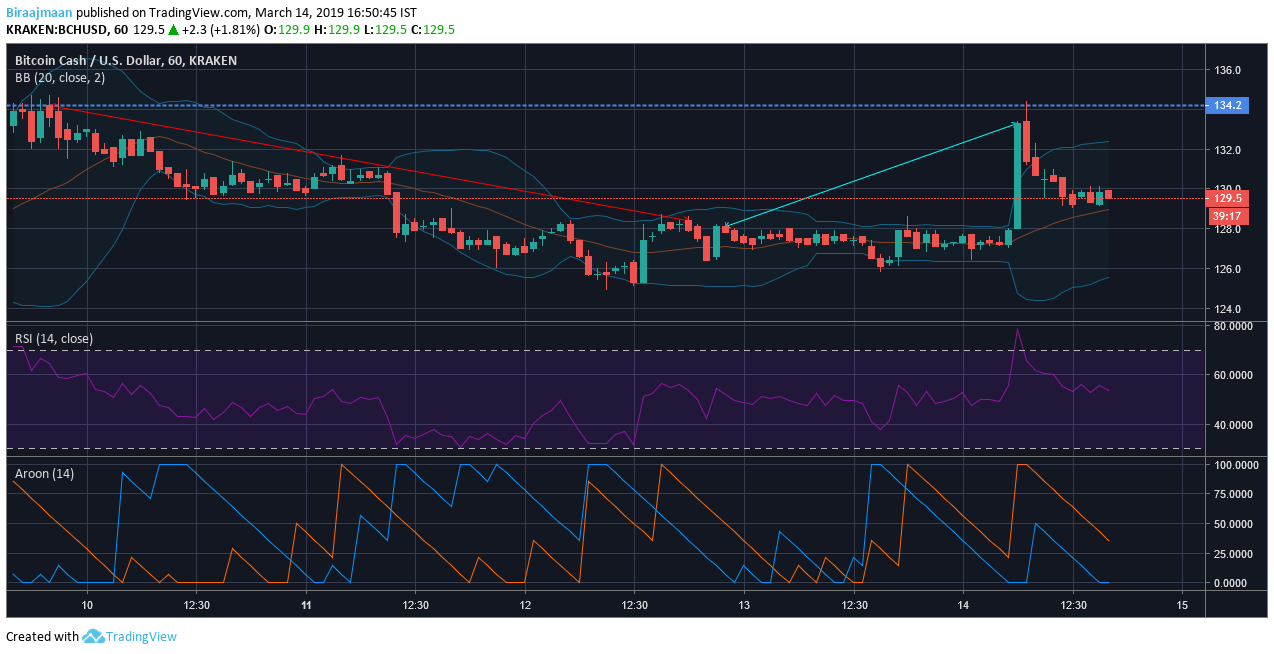 The Bollinger Bands indicated a volatile period for the token as the bands seemed to be diverging. The Moving Average line was moving, with the candlesticks above it, suggesting an bullish run.

The Relative Strength Index or RSI suggested that the buying and selling pressures had evened each other out.

The Aroon indicator had the red line hover over the blue line, an indication of a bearish phase for the coin. 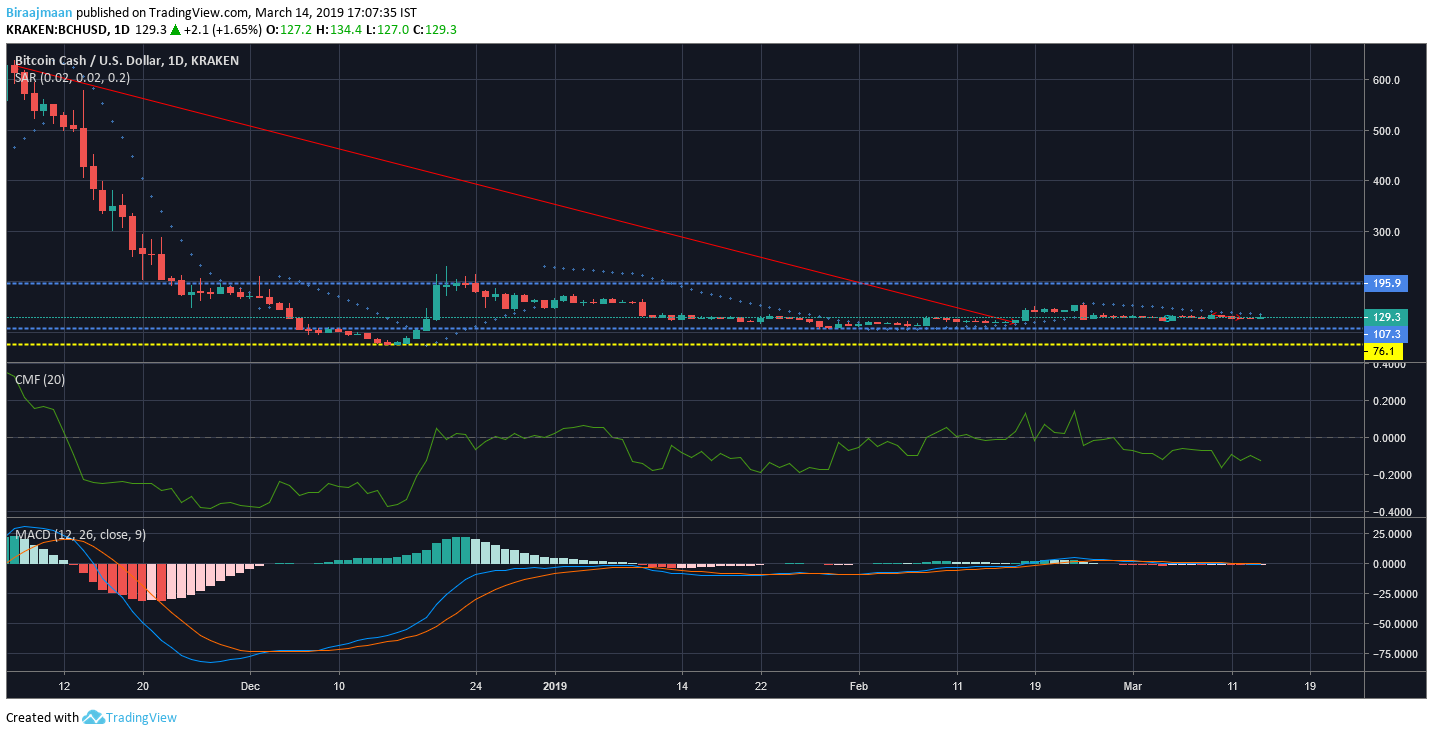 The Parabolic SAR markers hovered over the candlesticks and indicated an ongoing bearish trend. However, the dotted markers were flattened very close to the candles and pointed at the possibility of a change in trend soon.

The Chaikin Money Flow indicated that there was no money coming into the token’s market as the line remained under the zero line.

The MACD line indicated a bearish trend for the coin. However, since the blue and red line were in close proximity to each other, a crossover was imminent.

The indicators for the BCH charts suggested that the bear trend was losing its momentum, with the bulls slowly coming back into the market.