Bitcoin Cash [BCH] failed to capitalize on the market’s recent price surges. The token’s market capitalization was recorded at $2.3 billion, while the token was valued at $131.24, at press time. The coin also fell by 1.70% against the US Dollar, and managed a trading volume of $301 million over the past 24 hours. 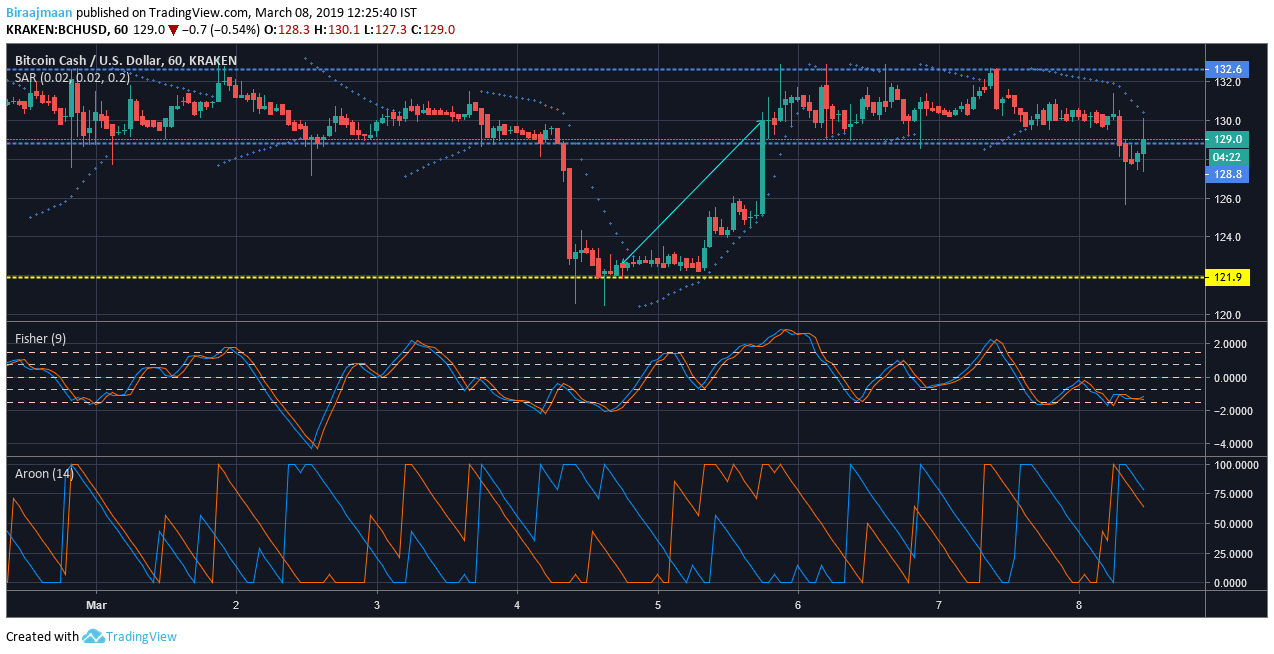 The short-term chart indicated a stable trend for BCH, apart from the massive devaluation which occurred on March 4. The coin has since managed to regain bullish momentum to trade sideways within the resistance zone of $132.60 and $128.80. The short uptrend extended from $122.60 to $130.20 and the support line remained constant at $121.90.

The dotted markers of the Parabolic SAR hovered over the candlesticks, indicating a bearish trend for the coin.

The Fisher Transform indicator pointed towards a bullish trend as the red and blue line underwent a crossover and the blue line placed itself above the signal line.

The Aroon Indicator showed that bulls had the upper hand in the market. 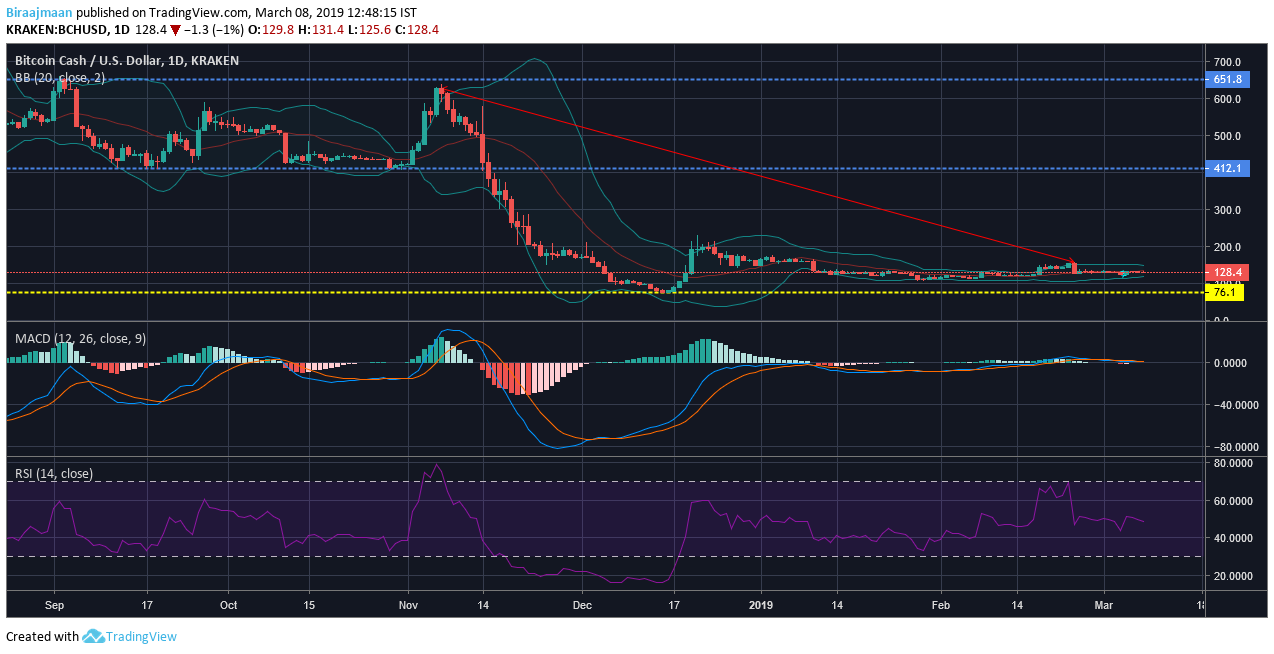 The Bollinger Bands held firm, with the bands not converging or diverging away from each other. This suggested low volatility.

The MACD line signaled a bearish trend as the red line hovered over the blue line.

The Relative Strength Index or RSI indicated an even buying and selling pressure for the coin.